Started in the days after December’s tornado outbreak in western and central Kentucky, the Team Western Kentucky Tornado Relief Fund has seen a massive amount of donations. By Feb. 4, $46,245,949 had been given, but only a little less than 7% of those funds have been distributed to impacted Kentuckians.

With the remaining $43 million, Gov. Andy Beshear said the next big steps will be working with nonprofits and other organizations to get people in housing and start that step toward long-term recovery.

The $3,100,107 given out so far have been used to pay for the funerals of those who died due to the tornado and to provide an additional 20% of Federal Emergency Management Agency assistance to uninsured homeowners and renters.

“If we didn't tie to FEMA or the Red Cross or something similar, we'd have to set up our own apparatus, our own claims processing,” Beshear told WKMS. “What that would do is take significant amounts of the funds that would otherwise be going to families, and put them into overhead.”

The fund has already taken a small hit due to technicalities, with $546,571 used to process credit card fees.

Beshear said the next groups to get help will be insured renters and homeowners.

“And once we're through that piece is when we hit the true mission of the fund,” Beshear said. “This fund is truly about the medium- and long-term, which is the rebuilding.”

Groups like the Red Cross or church groups come in to help with the immediate survival of a community after a disaster. Beshear said the intention of the fund is to do more than that.

Groups like Habitat for Humanity and local organizations are a part of the conversation on how to use the fund to actually rebuild communities, Beshear said. The fund’s next step is to help families have enough money to rebuild their homes.

“I think the region is going to be excited about what we can do with these dollars to actually get the structures back up and people back into them,” Beshear said. “That's what we all want to see.”

The focus will become getting affordable homes rebuilt through nonprofits that already have systems in place in Kentucky and outside of it to help these families. Beshear said the hope is to build as many homes as possible and get as many groups as they can involved.

“What we'll be looking for is a schedule of deliverables,” Beshear said. “In other words, is the labor ready? Are people already ready to come in? Have they secured the materials that are out there? With our goal of being a group that can hopefully speed it up and ensure that people aren't made promises that their home is going to get rebuilt and six months later, still waiting for the first bit of work.”

Beshear said once the fund starts getting involved with these nonprofits, the money will start going out at a faster rate than it has been up to this point.

The fund currently isn’t planned to help small businesses come back to tornado-devastated areas. Beshear said the fund is interested in having the conversation on ways they can help, like assisting small businesses. He said so far the help for businesses so far has been about making the already available federal programs, like those with the Small Business Administration, work.

Beshear said they think it will take two years for the affected areas to recover and rebuild from the December tornado outbreak. He believes the fund will be open for most of that time, still taking donations and giving out funds.

The fund has been taking lessons from other disasters seen in the United States — where there's lots of attention and support in the immediate aftermath with assistance drying up two or three months after the disaster.

“Our goal wasn't just to do what would seem like the popular thing or getting dollars out at the earliest stage possible, but knowing that the other groups were going to be there to do that, and ensuring that we were here for the long term,” Beshear said.

The deadline to apply for FEMA assistance has been extended to Mar. 14. To apply for assistance, go to disasterassistance.gov. 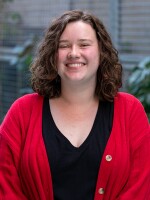