Louisville’s emergency alert system is getting an update aimed at saving time as well as lives.

For the past five years, residents have received texts, calls and emails from CodeRed Alerts notifying them about life-threatening events from severe weather to chemical spills.

With Smart911, people can create Safety Profiles that include their address, number of people in the household, emergency contacts and even the pets in their home. When residents who've created profiles call 911, the information will be available to the operator and responders.

The city now has a one-year contract with system provider Rave Mobile Safety, which can be renewed for up to five years. MetroSafe Director Jody Meiman said the system is already being used in other cities, including Seattle, Nashville and Dallas.

Another feature of Smart911 is “Abandon Call Text Back.” Meiman said this would be used if a 911 call gets disconnected. The operator would then text the caller back, allowing someone who might not be able to speak to text about their situation.

Spratt said the program also allows 911 operators to locate a caller more accurately -- closer than the FCC’s required locating rate of within 300 meters of the caller in 90 seconds.

Residents of the Rubbertown neighborhood, where Carbide Industries is located, complained about the lack of communication both during and after the emergency, prompting Mayor Greg Fischer to request companies submit proposals for a citywide alert system, as previously reported by WFPL.

After several community meetings, during which city officials informed residents about plans for the alerts and demonstrated how the system would work, a nine-company bidding process ensued. Emergency Communications Networks, the provider for CodeRed, won the three-year contract, costing the city $150,000 annually.

Meiman said his department spent the last nine months studying systems and talking with vendors. While the Smart911 features were a major sell, Meiman said since several city colleges, universities and other institutions already use the system, it was an obvious choice.

“This was a product that was available that offers so much more," he said. "We decided we didn’t want to [do] anything different. We wanted to be compatible with what we already have here in the community.”

Neither Meiman nor Spratt could give the exact cost of the LENSAlert system, but Spratt said the system itself came in under $150,000, and adding the Smart911 feature pushed the total cost over.

LENSAlert will launch Wednesday at midnight for Louisville all of Jefferson County, Oldham County and Washington County. The alert system will be available for Bullitt County later this fall. 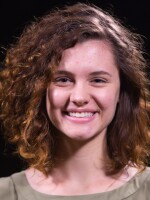