This Week In Conversation: Time To Get Fancy

It’s about to get fancy up in here. Fancy Farm Picnic, that is.

The Fancy Farm Picnic is considered the Super Bowl of Kentucky politics. Or as former WFPL Morning Edition host Jonathan Bastian described it in 2013, “enflamed politicians shaking their fists in the air; partisan crowds engulfing each other with heckles and howls; the smell of dead pigs thicker than the humidity; and perhaps the most instructive and inimitable lesson in Kentucky politics an outsider could receive in three hours.”

The picnic has a long history as a fundraiser that goes back to 1881. It is organized by St. Jerome Catholic Church in the western Kentucky town of Fancy Farm, which is in Graves County.

Politicians and those who aspire to hold political office subject themselves to heat and heated verbal barbs the first Saturday in August. People go to Fancy Farm to see political swagger, but they also go to partake in the several thousand pounds of pork and mutton cooked and sold at the picnic.

This year, the Louisville Democratic Party has launched a new event the same day as the Fancy Farm Picnic. It was originally called FancyVille but has now been dubbed FancyVaxx to focus on promoting vaccinations in light of the Delta variant of COVID-19.

Whether you’re interested in hearing more about the Fancy Farm Picnic or the FancyVaxx event, “In Conversation” host Rick Howlett talked with organizers of both events and with Kentucky Public Radio’s Capitol Bureau Chief Ryland Barton. 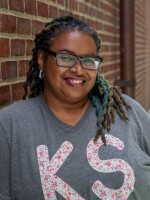