c d kaplan is a lifer when it comes to rock & roll. His brain is chock full of memories and anecdotes. Today he’s sharing these.

The Byrds played Louisville in the Summer of ’65.

The group, which invented a whole new genre of music — Folk Rock — had the #1 song in the land, a jangly electric cover of Dylan’s Pete Seeger-ish toe-tapper, “Mr. Tambourine Man.”

The Band featured Roger McGuinn, late of Bobby Darin’s group and the Chad Mitchell Trio, and David Crosby, late of a long forgotten folk group of no consequence.

The Byrds played Gypsy Village, an outdoor nightclub at Fontaine Ferry Park in Shawnee Park. Taking the same stage that such superstars as John Philip Sousa, Satchmo and Frankie Blue Eyes played before them.

Despite a vibrant dance party scene and a number of great local groups, the rock culture hadn’t fully arrived in Derbytown . . . yet. There couldn’t have been more than a hundred or so of us there.

Other than the sparseness of the assembled, I remember little. Other than this. I specifically recall there were certain tunes I wouldn’t dance to. “You don’t dance to Dylan,” I declared to my date, “you listen to the words.”

Crosby’s later gigs in town with Stephen Stills and Graham Nash, then top of the rock shelf, were significantly better attended.

Another rock & roll icon down.

So revered was David Crosby, Melissa Etheridge and Julie Cypher used his seed to father their children.

But alcohol and drugs and guns and a belligerence he could never shake eventually marginalized him. Though his old bandmate pals said all the right stuff upon Crosby’s passing, his combativeness had estranged him from them. As it had caused him to
splinter with Roger McGuinn and the Byrds in the 60s.

But, oh my, what talent. What an ability to craft some of the anthemic song classics of his time. What an incredible voice!

And an amazing harmonizer, which he learned from listening to the Everly Brothers.

An anecdote shared with me about that Gypsy Village show. After the sound check the guys in the band went to their van, to toke up one has to assume. When they tried to get back in through the backstage entrance, security, wary of these hippie-looking freaks, wouldn't at first allow re-entry.

Saw C,S&N and C,S,N& Y a number of times through the decades. The two most memorable: A night at Rupp Arena when they hit every beauteous note, every harmony with nuance and resonance and clarity. Another at Freedom Hall, when Crosby, mired in his muck, seemed to mess up every song.

My favorite David Crosby album is "If Only I Could Remember My Name.” Melancholy, it was fashioned to help him through the grief of his GF Christine Hinton’s death in a car crash.

Oh, how many wasted nights back in the day did I spend chasing after something I never caught, returning bleary in the early hours, and to wind down put that album on the box, playing "Song With No Words (Trees With No Leaves)?"

But that elegiac voice of his could slay the savage beast. 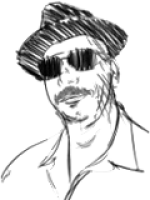 See stories by c d kaplan
Get the latest news right in your inbox at 6 a.m.
Sign up today
Latest News