The U.S. Mine Safety and Health Administration announced it’s going to start cracking down on coal mines that expose workers to harmful levels of silica dust. It also seeks to educate miners about their rights — known as “Part 90 rights” — to a safe workplace.

For decades, researchers, mine safety advocates and the National Institute for Occupational Safety and Health, have asserted links between silica dust and the advanced stage of deadly black lung disease.

But in April, a new study confirmed a definitive connection, prompting advocates to renew their calls for action.

Chris Williamson, the new assistant secretary for the agency, says MSHA has the ammunition it needs to make changes.

“We're in the middle of rulemaking, to promulgate a health standard that will be an improvement for all miners related to silica exposure,” Williamson said. “But that doesn't mean that there aren't things that we can do now, given our existing authorities.”

The mine safety agency is effectively putting operators on notice, saying it will increase inspections at mines with repeat offenses.

“I have seen too many miners, there’s too much evidence out there,” he said. “I’m not going to sit back. We’re going to take action and that’s what this initiative is about.”

Some mechanisms for increased oversight include closer scrutiny of mines with repeat silica violations, improvements of sampling methods and active encouragement and education of miners who witness violations and hazards on the job.

MSHA’s silica standard is currently half as strong as the exposure limit set by the Occupational Safety and Health Administration, which regulates all industries except mining. That means it is legal for miners to be exposed to twice as much silica as workers in any other profession.

OSHA changed its standard in 2014 for the first time since 1971. MSHA’s standard has remained lower, despite repeated urging from federal health agencies.

The new approach signals a significant change for the mine safety agency, which previously refused to definitively link silica dust to increases in black lung disease in Appalachia.

In 2020, the Department of Labor’s Office of the Inspector General recommended immediate action to lower the silica standard, a recommendation met with skepticism by Zatezalo.

Williamson said the agency will also propose a rule as quickly as possible that he says will be a “pretty big improvement” to the current silica dust standards.

“My top priority right now, as Assistant Secretary, is working on that rule,” Williamson said. “It will literally save miners lives and protect miners. I've seen [these lung diseases] firsthand. I grew up in these communities. I've seen miners with oxygen tanks, way more than I would have ever liked to.”

In announcing the new action on silica dust, Williamson cited recent studies and a 2018 investigation by Ohio Valley ReSource, NPR and PBS Frontline, which documented decades of regulatory and industry failures to protect coal miners from excessive silica dust, and an epidemic of severe black lung disease that followed. 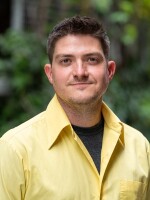