Master Plan For The Arts Seeks Cultural Boost For Louisville

A new initiative is seeking ways to better coordinate and build the Louisville arts community.

The Master Plan for the Arts, announced Monday, is beginning a 14-month planning process to improve Louisville’s art and cultural scene. The master plan’s steering committee was formed last year.

To start the process, the master plan’s steering committee is seeking input from all walks of the diverse Louisville community.

The community will be able to share their thoughts with the planners through a series of workshops, interviews and surveys to be held throughout the year, according to a news release Monday announcing the initiative.

Gwen Kelly, a steering committee member and an engagement coordinator for KET, said the committee wants to ensure a diverse range of voices from Louisville.

"We do want to have community leaders, artists, the usual suspects; but we also want to have teens who don't have art at school and families who just want to know what they can do together out in the world, and just want to do new things," said Steering Committee member Gwen Kelly.

Kelly said she believes community voices will help in formulating a more efficient, consolidated art scene for Louisvillians traditionally unable to break into it.

The Master Plan for the Arts will begin by hosting free neighborhood workshops late this month. Details will be provided soon, Kelly said.

The Master Plan for the Arts was initiated by the Fund for the Arts, and is expected to be complete by the end of this year. It has a budget of $200,000 and is funded by the Humana Foundation, JP Morgan Chase and the Louisville Downtown Partnership, among others. Fundraising is on-going. 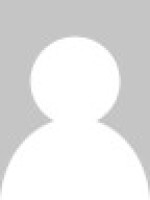