Editor's Note: With all the emotion surrounding this story, we've asked Gabe Sowder and Rae Hodge, who last year wrote a stinging review of Taco Punk in the University of Louisville's student newspaper,  to contribute to a point-counterpoint feature. Read Sowder's here and Hodge's here.Gabe Sowder’s first year as chef and owner of Taco Punk was rough.But Sowder has hope — and thousands of dollars worth of faith in the customers who have kept Taco Punk afloat.Sowder launched a Kickstarter campaign Wednesday to raise $20,000 by Feb. 22 for his Mexican fast-casual restaurant on East Market Street in the NuLu district. Sowder plans to use the money to build an outdoor eating area and develop a catering operation that he anticipates will push the eatery from uncertainty to profitability.“We’re not that far away from making it,” he said.Kickstarter is a crowdsourcing website that serves as a fundraising platform for creative projects. Project owners build pages with information about their work, such as a film, product or restaurant, and ask supporters to donate money. Creators only get the donations if they reach their funding goal by an established deadline. In return, they offer gifts such as vouchers, T-shirts or private parties to donors depending on the amount of their donation.As of Friday morning, 21 backers have pledged $2,000 to the Taco Punk campaign.Sowder plans to use some of the money on “direct sales, targeted advertising, color brochures and innovative green packaging,” according to his project page.“Catering jobs are a low-labor, high-profit product that will significantly add to our profitability,” Sowder wrote.The $20,000 would also allow Taco Punk to turn its gravel lot into an outdoor dining area, sculpture garden and performance space.“The revenue from added dining and events will allow us to capitalize on the opportunities during the warm months to offset slow periods,” Sowder wrote on the Kickstarter page.Taco Punk’s Kickstarter campaign launched just four days after the restaurant celebrated its first birthday, a milestone that did not come easy for Sowder. He says Taco Punk falls short of making a profit by about $3,000 to $4,000 each month. Sowder blames the shortfall on multiple circumstances. The restaurant’s original business model overestimated the number of customers who would funnel in from conventions, concerts at the KFC Yum Center and other downtown events. Sowder says his commitment to local (therefore more expensive) ingredients, higher wages for employees, and reasonable prices for patrons also kept Taco Punk from turning a profit.“Morals aren’t cheap,” he says.Sowder says he considered other options, including bank loans and private investors (Taco Punk got a $40,000 METCO loan from the city in 2011. Papalinos got the same amount at the same time for an expansion near U of L, whichhas since closed. Maybe that round of loans was cursed.) , before turning to crowdsourcing, a suggestion he says came from from local businesspeople.But the decision to use Kickstarter has been controversial.When Sowder was planning his campaign, he sent an email to supporters to give them a heads up. Zach Everson, who edits the food blog Eater Louisville, read the email andran a story headlined, “Taco Punk’d: NuLu Restaurant Asks For Donations So It Can Keep Selling $10 Tacos.”Everson disagreed with the use of Kickstarter to fund a commercial venture.“The Wayside Christian Mission and Dare to Care Food Bank feed the hungry rather than charge $12.95 for the Yucatecan Style Fish Punk Platter (as tasty as it is). Might they be better places for your charitable dollars?” Everson wrote.Using the site for a for-profit business isn't against the rules. According to Kickstarter's guidelines, a “project has a clear goal, like making an album, a book, or a work of art. A project will eventually be completed, and something will be produced by it.”Sowder says Kickstarter is an open platform fans to support innovative projects, “not a charity website.”“I’m not going to sit by and watch my restaurant flounder and fail because people have some reservations about using Kickstarter,” he says.If the Kickstarter campaign does not reach its funding goal, Sowder says he will have to have some “meaningful conversations” to decide if he should continue to operate at a loss, change his business model or close the restaurant.But Sowder says he and his staff are hopeful the money will come through on Kickstarter.“We don’t want to give up any part of our program,” he said. 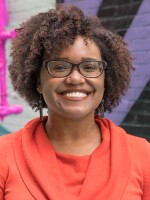