We’ve got a musical recipe for your Thanksgiving Day on 91.9 WFPK, as we re-broadcast some of our favorite Live Lunches of the year and more!

6-7 am - Marvin Gaye What's Going On This Sound Opinions encore looks back on Marvin Gaye's classic album What's Going On. Host Jim and Greg discuss the tracks, cultural climate and overarching themes of the 1971 album, many of which are more relevant than ever today.

7-9 am - Songs of Rivers and Mountains: Joan Shelley and Jeff Little
Nick Spitzer of American Routes visits with two Southern crafters of music and song. Kentucky native and guitarist Joan Shelley takes her ethereal songwriting and voicing of life’s emotional flow from observations on the banks of the Ohio River near Louisville. Then, the virtuoso Blue Ridge pianist Jeff Little shares his stories of growing up playing alongside the legendary flat-pick guitarist Doc Watson at the family’s music store in Boone, North Carolina.

6-7 pm - Kyle Meredith With... A 40th anniversary celebration of Pink Floyd's The Wall and a 50 year look at David Bowie's Major Tom character.


11 pm–Midnight – Night Visions
An eclectic mix of independent and under-represented dance, electronica, rock and pop music from around the world. 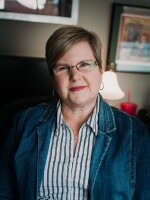 Stacy Owen
Stacy is the WFPK Program Director. Email Stacy at sowen@lpm.org.
See stories by Stacy Owen
Get the latest news right in your inbox at 6 a.m.
Sign up today
Latest News