Coleman, who has been U.S. Attorney for the western district of Kentucky since 2017, was nominated by President Trump and confirmed unanimously by the U.S. Senate. His resignation is effective January 20, which is inauguration day for Democratic President-Elect Joe Biden. It’s common for U.S. attorneys of the party opposite a new president to leave office.

In a statement that announced his resignation on Monday, Coleman denounced the attack on the U.S. Capitol by Trump supporters on January 6.

“I share in the sentiments of my fellow U.S. Attorneys around the country who were shocked, appalled, and saddened at the violent mob that stormed our Capitol on January 6th, resulting in deaths and multiple injuries, including fallen heroes from the United States Capitol Police,” Coleman said.

“I hope each and every perpetrator is brought to justice, and our country can heal from this tragic chapter.”

Coleman also stated he was "plagued" by the 173 Louisvillians who were killed by violent crime in 2020.

“That’s hundreds of devastated families struggling with this trauma in the midst of a global pandemic. Louisville cannot be complacent about this spike in violence,” Coleman said.

During his tenure, Coleman opened a new office in Bowling Green and increased staffing in the Paducah Office. In his statement, Coleman highlighted his work prosecuting child predators and drug traffickers. 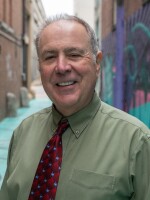