Two state cabinets are appealing a judge’s order that they must reimburse the Kentucky Center for Investigative Reporting for legal costs after withholding public records.

In a Monday filing, the Labor Cabinet said that Shepherd’s decision to award fees was an “abuse of discretion.” The cabinet argued that it operated in “good faith” in its decision to withhold records, and should not be punished for its interpretation of the law.

That cabinet has already turned over the name it previously withheld of a staffer accused of sexual harassment. Court records show that Hector Fonseca was under a court order to stay away from a woman who accused him of domestic violence when a coworker in September 2016 said Fonseca exposed himself and forced her to touch his genitals. In the two years that followed, he was charged with domestic violence, driving under the influence and felony child abuse, records show.

He was allowed to transfer to another cabinet at the conclusion of the internal investigation.

The Finance and Administration Cabinet has yet to release unredacted versions of its sexual harassment files. In its Monday filing, cabinet officials argued that they should not have to release the names because of employee privacy concerns.

“Public employees do not categorically surrender all their privacy rights by choosing to serve the Commonwealth,” the cabinet argued in its appeal.

The lawsuits stem from a 2017 open records request by KyCIR, which asked every state agency to turn over six years of sexual harassment complaints and related documents. Some agencies provided the names of all employees accused of harassment; others, such as the Labor and Finance and Administration cabinets, refused to name employees unless an internal investigation determined they committed sexual harassment.

KyCIR appealed those redactions to the Kentucky Attorney General’s office, which told the cabinets they had to release the information. Both cabinets then sued KyCIR rather than providing the records.

Shepherd ruled in KyCIR’s favor in both lawsuits, saying that the public has the right to know if internal investigations are “thorough, unbiased and competent.”

“When we’re talking about public employees that are accused of misconduct, there are two overarching issues,” Abate said. “One is understanding what the public employee is alleged to have done in the course of their duties and the other is understanding how the agency investigated it. Was it fair was it thorough? Was it impartial? What did they consider? What did they not?”

Disclosing this information is essential for the public to understand whether its government is truly acting in the public interest, Abate said. 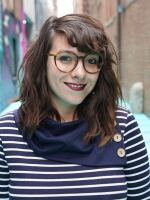