At 70, 'All The King's Men' Is The Book For This Campaign Season

But politics rarely lends itself to actual art. When folks use politics as a prompt for creativity, the product often ends up in the soap operatic register. Take shows like "The West Wing" or "House of Cards": They hyperventilate their way through obvious morality plays.

This isn’t to say this kind of stuff is bad -- just that it fails to rise above the level of diversion. Art employs tools such as ambivalence and ambiguity to illuminate life’s complex latticework. In politics, deception often masquerades as complexity. Even literature, the art that seems most at home in explorations of politics, usually fails to bridge the process of politics with the manifold complexity of being human.

Robert Penn Warren’s All the King’s Men, which turns 70 this year, is the most powerful counter example to my claim and this election season’s essential book.

The novel, which won Kentucky-native Warren the 1947 Pulitzer Prize for fiction, is probably the only first-rate novel about American politics, at least qua politics, as the academics say, despite Warren’s claim that book isn’t about politics.

That isn’t a bold assertion. Most people who care about this kind of thing would quickly agree with me before moving on to discuss the book’s shortcomings. In our current political season -- this long, painful, embarrassing, unproductively polarized deliberation on two of the most unpopular candidates in our history -- All the King’s Men provides both commentary and relief. Commentary because of its subject. Relief because of its sophistication.

Even when we’re dealing with objects that aspire to be high art, virtue alienates while sin invigorates. We can only effectively dramatize politics by showing the process of corruption.

All the King’s Men invigorates with its masterful depiction of moral compromise. The novel tells the tale of Willie Stark. Stark is modeled on Huey Long, the fiery populist who served as Louisiana’s governor before being assassinated while serving as a U.S. senator. Set in an undisclosed southern state -- but one that resembles Louisiana as much as Stark resembles Long -- the novel traces the political rise and governorship of Stark, from an earnest, fact-spouting aspirant to a bullying, amoral demagogue.

Language -- and Stark’s voice -- is as much an agent of moral deformity in the novel as anything else. The novel takes care to point out the kaleidoscopic transitions of Stark’s voice as he delivers speeches. At one point, Stark speaks “with a tone of voice which made you think of rubbing your hand down a cat’s back, just as soft.”

And beyond the delivery mechanism is the payload. In what is, for me, the novel’s most pivotal scene, the character Jack Burden, Stark’s fixer, urges the then-neophyte Stark to change the way that he speaks to crowds at his rallies. Rather than assailing his audiences with a thicket of facts, give them something that they can feel, Burden urges.

“Friends, red-necks, suckers and fellow hicks,” Stark begins addressing his crowds. “Listen to me, you hicks…. If you’ve got the brain of a sapsucker left and can recognize the truth when you see it. This is the truth; you are a hick and nobody ever helped the hick but the hick himself.”

Stark’s primary path of action for his constituency of hicks? “Nail up anybody who stands in your way.”

Remind you of anyone?

While Donald Trump at first seems an unlikely populist, there are many resonances between the Trump and Stark characters. Populism preys on people’s feelings of disenchantment and victimization at the hands of elites. And rather than harness those feelings to create broad solidarity, populism forges angry confederacies, usually along class and racial lines, and encourages a caustic defensiveness from folks held in the thrashing populist eddy.

This isn’t by any means an exhaustive inventory of Warren’s epic novel. But the novel succeeds -- and persists as a vital document about American politics -- because the Modernist imagination is a powerful antenna for life. The novel goes beneath the surface appeal of populism and examines the costs promoting reflex paranoia.

When I was a youngish reader, books -- novels in particular -- seemed to be the most effective vehicles for “wisdom.” I believed that wisdom could be transferred through knowledge. Certain books were almost like mystic guides to life.

All the King's Men was and remains that kind of book. Warren wouldn’t need to be asked twice to tell you how to fell -- his injunction to “feel this” is all over the page, slyly tangled in artful, voluptuous prose that’s just the right shade of purple.

Sure, maybe it’s just a rhetorical performance of wisdom. But that beats, hands down, the rhetorical enactment of ignorance any day. 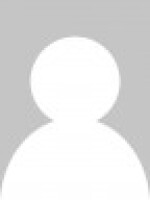