The University of Louisville released Wednesday an auditing firm’s long-anticipated report on the school’s financial controls, an analysis prompted by a series of thefts at the institution.Strothman and Company said U of L needs to hire a chief financial officer, which the school is already trying to do. The institution also needs to ensure all of the university’s computer systems are subject to the same security controls. And it should improve controls over payroll to reduce the risk that fictitious employees could be paid, the report says.

Bill Meyer, a partner at Strothman and Company, outlined the firm’s 17 recommendations in a 45-minute presentation to the board of trustees’ audit committee. In only one instance did the university disagree with a recommendation.In that case, the firm recommended improved controls over procurement cards to ensure privileges are revoked or suspended when a cardholder doesn’t follow university policies. School officials said they were content with the safeguards already in place.Overall, Strothman found that the university has plenty of written financial policies.“What we found is that these policies are not always properly followed and consistently applied,” Meyer said of the school’s financial policies.He also told committee members that non-university bank accounts should be closely monitored. As part of the firm’s work, Strothman and Company surveyed banks in a 50-mile radius to determine how many accounts were in the name of University of Louisville, University of Louisville Physicians or any derivative. The survey identified several old accounts that Strothman officials said the university should review.“There were a few university bank accounts that they recommended we close,” U of L President James Ramsey said in an interview after the meeting. “We’ll close them. In fact, they were set up, kind of legacy accounts from years and years ago for a specific set of economic development projects. And the money’s just been sitting there.“The bigger issue is the potential for someone to go out and use the university’s name or “university” or an account like that,” Ramsey said. “And some of those we’ll never know about. But the ones that are true university accounts that were recommended to be closed, we’ll close.

Ramsey said that going forward, new bank accounts won’t be opened until they are approved by the board of trustees.The Kentucky Center for Investigative Reporting has been fighting to obtain a copy of the report,produced by the Louisville-base firm Strothman and Company, since April. Until the presentation before the board of trustees’ audit committee, school officials considered the report a draft.KyCIR filed an appeal with the state attorney general’s office after the school denied an open records request. On the same day the university’s response was due to the attorney general, officials released the report.Ramsey said there was no delay in making the report public."It was a comprehensive report," he said. "It involved two different audit firms. ... I really don't think it took that long. Audits take a long time. They say they interviewed 100 people and sent out letters to banks. These things just take time."Last fall, Ramsey called for an outside firm to examine the financial management of the university after a series of high-profile thefts and embezzlements. The review by Strothman was an effort to put controls in place to stop any more thefts.The audit committee of the board of trustees is expected to receive an update from Strothman and Company in October regarding implementation of the firm’s recommendations. It is unclear how much these changes will cost the university.So far, the university has cut two checks to Strothman totaling $160,522. Another $100,000 has been authorized.The report:This story was reported by Louisville Public Media's Kentucky Center for Investigative Reporting. 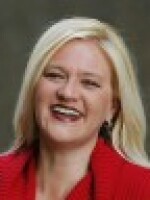